This week saw temperatures rise up into the 60s. Hopefully this means that things will start to grow and we will be seeing some colour! There already seems to be a few more spring birds popping up. I love this time of year when birds are migrating through and we get to see some that we don't usually see or only see during spring.

There are several times during the year when they are Canadian Geese at the lake, but during springtime they seem to be plentiful. They are looking for places to nest and they aren't very nice to one another at times. 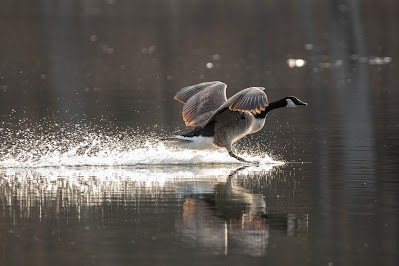 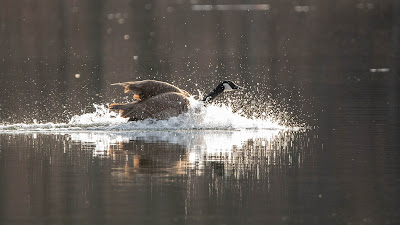 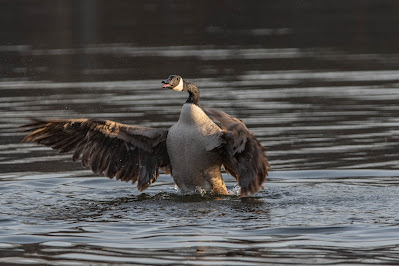 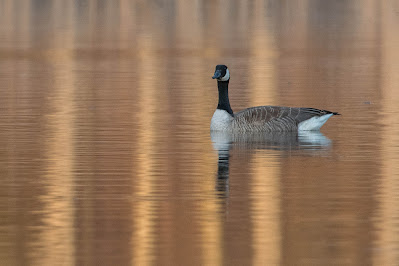 I love watching them in the early morning light when everything is golden and the water seems to sparkle as they land and take off.

Another water bird I wish would stay around are the swans. There have been a lot of them this spring. They are such graceful birds. The sound they make when the take-off or land is just lovely. 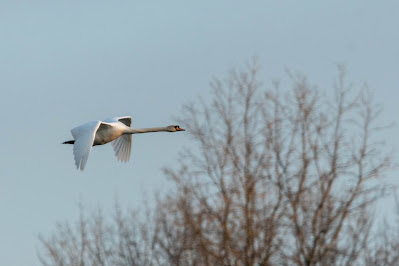 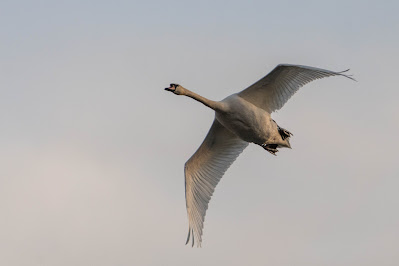 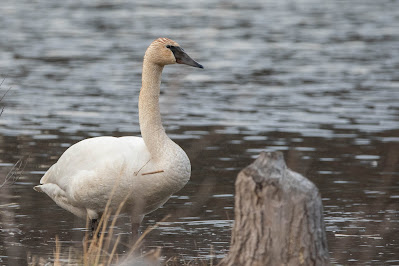 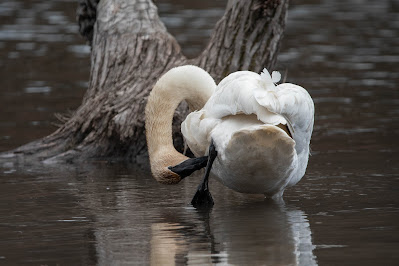 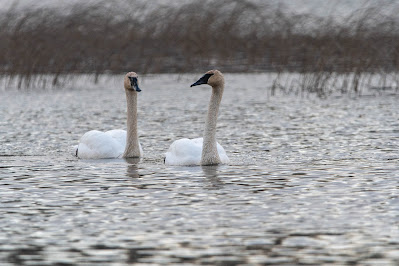 The top two photos are of Mute Swans. They are considered an invasive species. They are not native to America. They were introduced from Europe in the 1800s. They can be aggressive and chase out the native Trumpeter Swans. You can tell the difference in the two by their beaks. Mute swans have orange beaks whereas Trumpeter Swans have black beaks.
Interesting Mute Swan Facts:-
* Their wings make a whooshing sound when they fly
* Mute Swans are the National Bird of Denmark
* They are not actually mute. They make more of a snort, a hiss or cry rather than a honk
Interesting Trumpeter Swan Facts:-

* By 1900 it was believed that the species had been hunted to extinction for its feathers, skin, meat and eggs

It would be lovely to see either group making Asylum Lake their home!

Also making an appearance one morning this week while I was standing watching the geese was a Blue-Winged Teal! I haven't seen a lot of them at the lake. This one landed right in front of where I was standing! 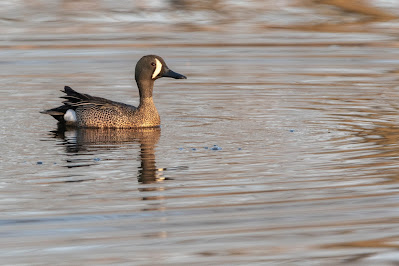 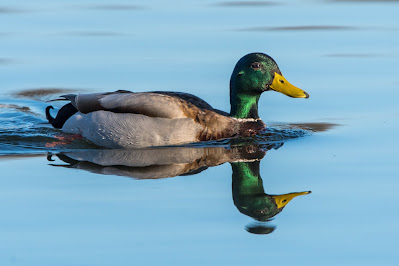 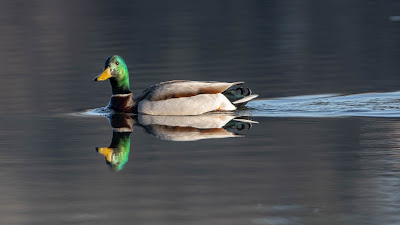 I spotted several Pied-Billed Grebes around the lake too. I love these little birds. They are small diving birds that tend to be quite shy. I catch glimpses of them but it's not often that they come close enough for me to take their photo. I was lucky this week to be able to photograph them - especially fun as they were fishing! 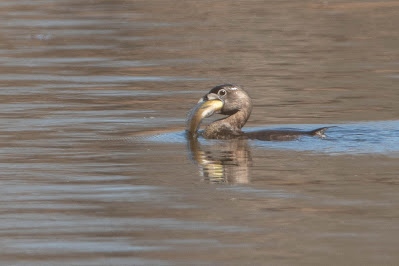 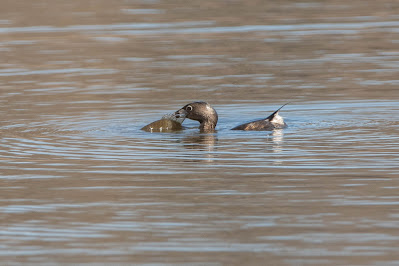 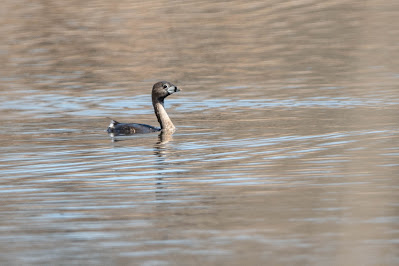 Last but by no means least, is the Wood Duck. These are such interesting birds. They nest up in trees! It isn't unusual to see them up high on tree limbs during the spring. 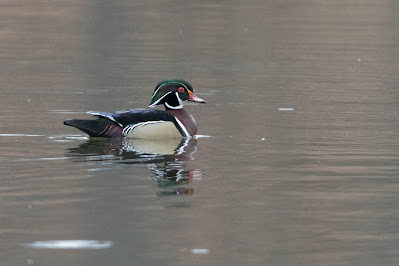 They are such colourful birds, their feathers a patchwork of colours. They are really shy birds too.
The lake really does seem to be hopping with bird life especially first thing in the morning. I can't wait to see more!

Email ThisBlogThis!Share to TwitterShare to FacebookShare to Pinterest
Labels: April

Thanks for your kind comments.